Just added to your cart

Adding product to your cart

Tony Dixon Music is a family run business that was founded in 1997. Tony is a manufacturer and retailer of high quality, hand finished Traditional Flutes and Whistles. Having played concert flute since he was a boy, it has always been a passion of his, which he has now transferred into the simple system flutes and whistles that he makes today.

Suitable for all ages and abilities, this Low D Whistle features a lightweight, tapered bore aimed specifically at entry level students. The tapered body was designed to give a richer tone for an ABS instrument, the by-product of which is a smoother transition over the octave break. Its light weight also helps with the ergonomics when moving up to a larger instrument.

The head is removable which provides the ability to tune the instrument and also facilitates easier cleaning. The body for this whistle also has the advantage of fitting Tony Dixon's tenor flute head, turning it into an excellent beginner's simple system flute.

'Beautiful sound. My son was so excited to receive this for Christmas. He's been wanting one for a long time and the quality of this was exceptional'. - Lisa O.

'I got what I wanted - really clean sound, smooth octave-changing. Uses little air, so I can focus on the practicing of the fingers.
The customer service was great too.' - Gulyas B. 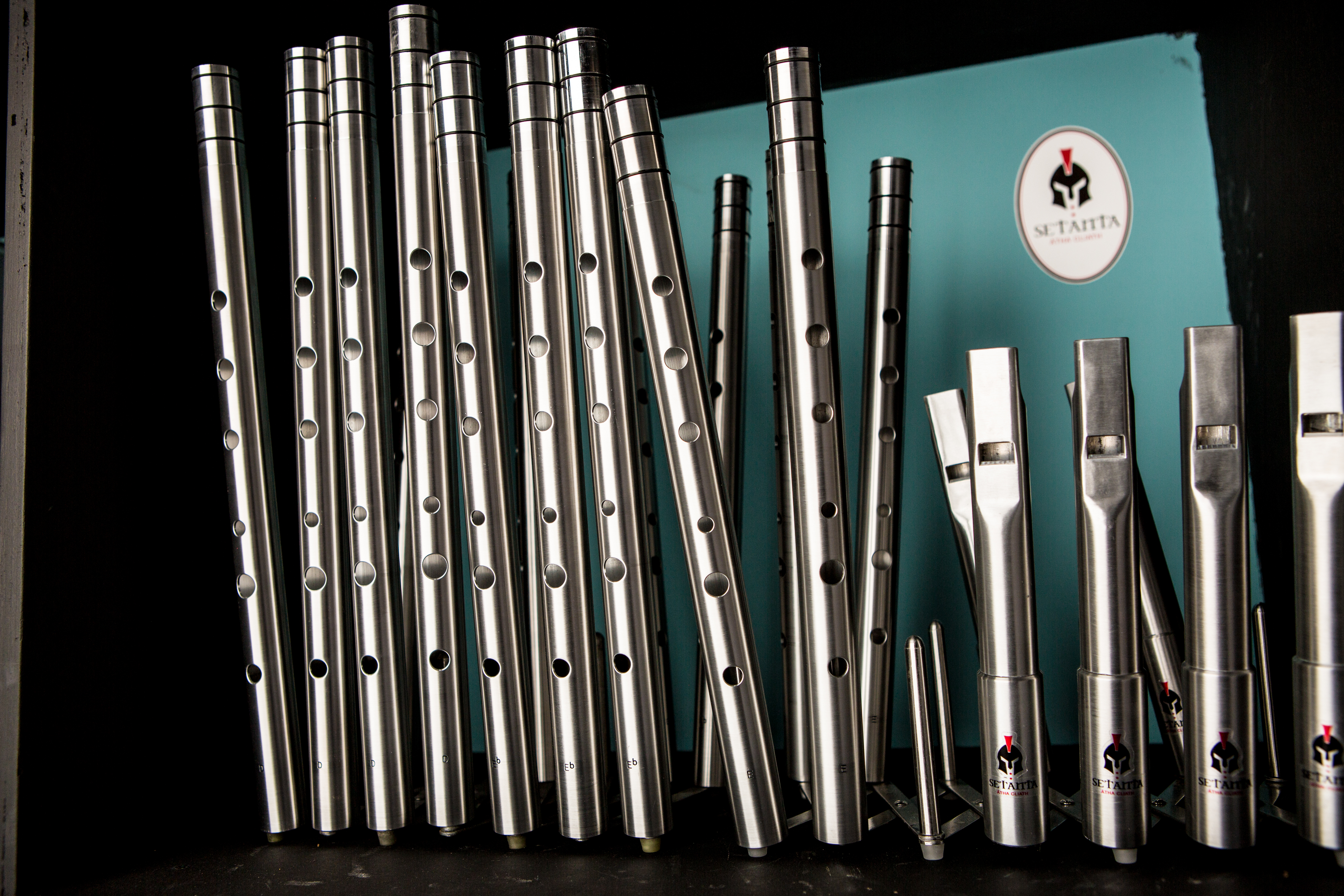 Much like McNeela Instruments, Tony Dixon prides himself with producing quality at an affordable price.

Inspiration first struck when Tony’s son came home from school one day wanting to learn the flute. With his son being of a young age, and the probability of him having a new favourite instrument tomorrow being quite likely, Tony decided to give a go at making a simple six hole flute to see if the commitment would last.

The head teacher of his son’s school admired Tony’s initial effort and suggested he try and market it as an entry level instrument. Tony took the advice and sent it to a distributor who liked it and immediately placed an order and the rest, as they say, is history! Today his quality instruments are sold and played worldwide.